Ukraine conflict: Before and after images reveal Russian destruction 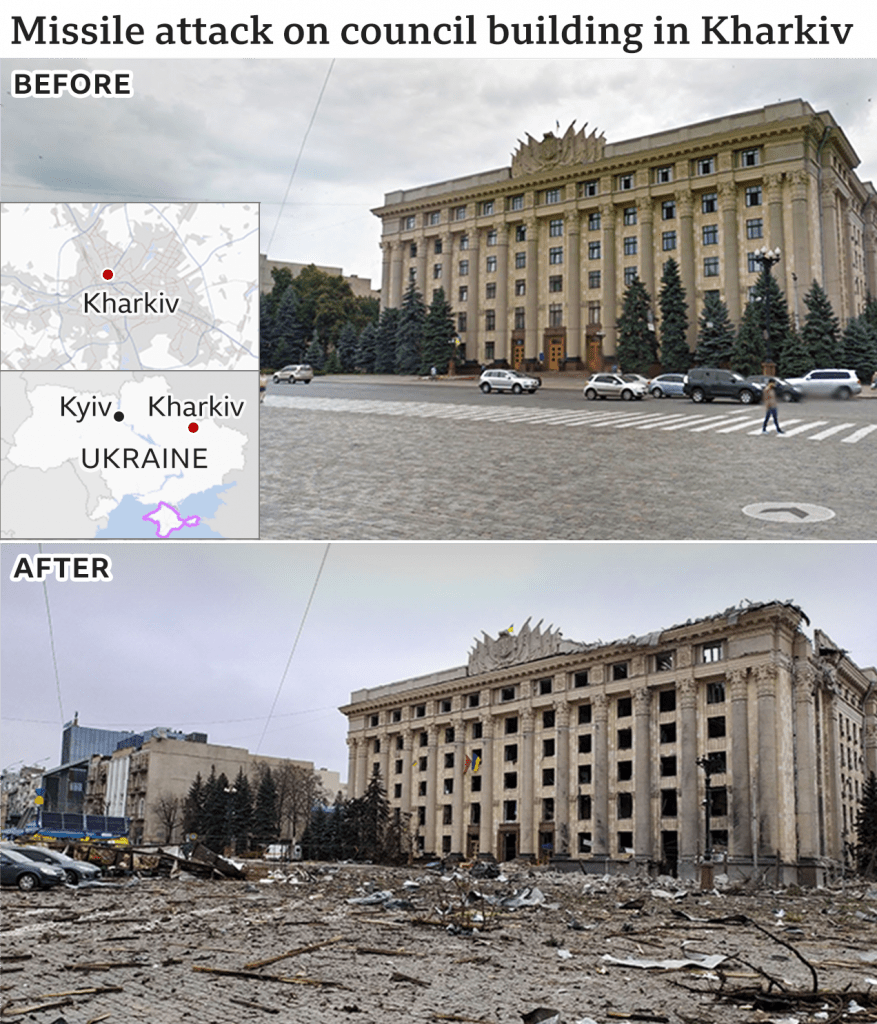 Russian missile attacks have devastated cities, towns and villages across Ukraine. These before and after images show some of the destruction caused to civilian areas since the Russian invasion last week.

While Russian forces remain some distance from the Ukrainian capital Kyiv, there have been a number of deadly aerial attacks on the city.

The apartment block below was hit by a Russian missile in the early hours of last Saturday.

The small city of irpin sits just 20km (12 miles) northwest of Kyiv and has found itself on the frontline between Russian and Ukrainian forces over the past week.

Artillery and air strikes have caused severe damage in the area, with one attack leaving the residential area pictured below almost completely destroyed.

Chernihiv, a city 120km (75 miles) to the northeast of Kyiv, has also faced heavy shelling in recent days by Russian forces invading from the north.

Officials said more than 30 people were killed on Thursday by attacks on residential areas in the city, including schools and a high-rise apartment building.