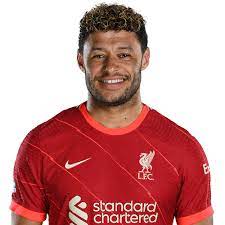 liverpool have put Alex Oxlade-Chamberlain up for sale, according to the mirrow .

The Reds midfielder has one year remaining on his £125,000-a-week Anfield contract.

Oxlade-Chamberlain has been with Liverpool since 2017, when he joined the Reds from Arsenal.

However, the 28-year-old has failed to nail down a regular starting place at Anfield in recent years.

Injuries have hampered his time at Liverpool, but this season, he has been fit and available for the most part.

Despite this, Jurgen Klopp has often struggled to find room for him in his XI and sometimes even on the bench.

Oxlade-Chamberlain has made 29 appearances for the Reds this term, but just 17 were starts.

“If these boys (Oxlade-Chamberlain, Harvey Elliott and Curtis Jones) didn’t show the attitude they had in training all season then we had no chance,” he told The Mirror ahead of the FA Cup final.

Last week, Klopp told The Guardian that Oxlade-Chamberlain was “in outstanding shape”.

However, combination of an expiring contract and being surplus to requirements suggests Klopp has decided to part company with Oxlade-Chamberlain.

Liverpool’s decision has alerted the likes of West Ham and Aston Villa. Both want to sign the England international, according to The Mirror.

The Reds are reportedly likely to ask in excess of £10million for the former Gunners ace.