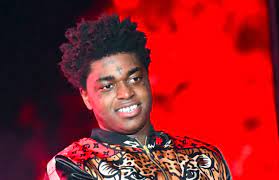 Rapper KODAK BLACK  was arrested Friday in Florida after police allegedly found “dozens of oxycodone pills” in his vehicle during a traffic stop, according to  deadline. He was reportedly pulled over due to illegal window tint and expired tags. After being pulled over, the police searched the car due to a “strong odor of marijuana.” When searching, police allegedly found the pills and arrested Black. His lawyers told TMZ  that his legal team negotiated bail for $75,000 after being booked on two charges: possession of a controlled substance without prescription and trafficking in oxycodone.

Cops pulled over the rapper and during a search found 30+ Oxycodone pills and over $50,000 in cash, multiple sources tell me.

Black has previously found a way to premiere new tracks while preparing for his defense in the courtroom. Back in 2021, while  facing a criminal sexaul conduct charge and after being pardoned by former president donald trump  for a different offense, he released “thugged out”  alongside YNW Melly.