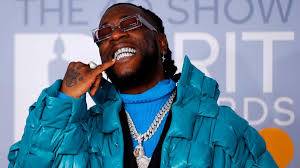 the Grammy-winning singer Burnaby, has put out the tracklist for his forthcoming album titled ‘Love, Damini’.

The body of work includes 19 tracks that enlist the musical dexterity of various artistes making waves in their separate countries.

The songs in the album include ‘Glory’, ‘Science’, ‘Jagele’, ‘Kilometer’, and ‘Cloak & Dagger’.Others are ‘Whiskey’, ‘Last Last’, ‘Different Size’, ‘It’s Plenty’, ‘Dirty Secrets’, ‘T. A. S’, ‘Solid’, ‘For My Hand’, ‘Rollercoaster’, ‘Vanilla’, ‘Common Person’, ‘Wild Dreams’, ‘How Bad Could It Be’, and ‘Love, Damini’.Artistes featured in the album include Ed Sheeran, Popcaan, Ladysmith, J Balvin, Kehlani, Black Mambazo, Khalid, J Hus, Boxset, and Victony.The Afrofusion star and the English musician recently performed ‘For My Hand’ together at a concert in the United Kingdom.

The singer had earlier insinuated that his sixth studio album would be released on July 2 to mark his 31st birthday.