His full name is Damini Ebunoluwa Ogulu, and he was born on the 2nd of July 1991 to Samuel and Bose Ogulu in Port Harcourt, Rivers state.

Burna Boy’s father was a manager of a welding company and lives a very private life, and as such little is known about him, unlike the singer’s mother, who doubles as his manager.

The Grammy award winner grew up in Nigeria, and contrary to many beliefs, Burna Boy is not Yoruba. Burna Boy shares a link with Fela Kuti as his grandfather Benson Idonije was a manager of Fela Kuti when the music legend was alive.

Burna Boy has two siblings named Nissi, who is a singer too and Ronami, who is less popular but is in charge of the singer’s styling.

Damini Ogulu is a Nigerian by birth and celebrated his 30th birthday in July 2021.

Burna Boy is one of the most educated Nigerian singers; for his secondary school education, the singer attended Corona Secondary School in Agbara, in Ogun state. He, however, didn’t finish there before he relocated to London to complete his studies.

He went on to bag a degree in Media Technology from the University of Sussex and another degree in Communications and Culture from Oxford Brookes University.

The records revealed that Burna Boy started singing when he was ten years old, would create beats on the digital audio workstation, FruityLoops. He, however, made it to the Nigerian music industry in 2012 after he released a single titled Like to Party.

Burna Boy rose to prominence after the release of his debut album, L.I.F.E, which featured the likes of 2Baba, Olamide, Wizkid, among others. Since then, he has grown to become one of the prestigious music stars in the country, winning awards. He was previously an artist under Aristokrat records but launched his record label Spaceship entertainment in 2015. Other albums by Burna Boy that gain popularity include Africa Giant and Twice as Tall.

Burna Boy is not married and is one of the few Nigerian artists without a baby mama, he is, however, in a relationship with English rapper and singer Stefflon Don; they started dating in 2018.

Burna Boy’s height is 6 feet 1 inch and his weight is moderate.

Burna Boy is reportedly worth $10 million. 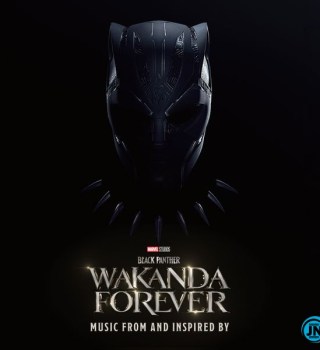