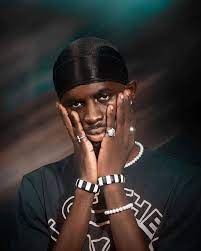 Black Sherif who’s real name is Mohammed Ismail Sherif was born on 9 January 2002, he is a well-known musician, rapper, singer, media face, and social media star. He is famously known in the country as the most talented musician at a very young age. He rose to fame in the country with his hit song titled ‘Money’. The song was related to the middle class and youth’s struggle for earning money and getting success in their field.

Known professionally by the stage name, Black Sherif, the young music maestro is a rapper, singer and songwriter. He came to the limelight after the release of the single First Sermon in 2021.

He bagged international success when he dropped Second Sermon, which was followed by a remix with Burna Boy.

In March 2022, Black Sherif released Kwaku The Traveller, which has topped several music charts. The single reached the number one spot on the Ghanaian and Nigerian Apple Music Charts.

Black Sherif was born to Mr Frimpong and Mrs Ante Marie on the 9th Of January 2002. He hails from the Ashanti Region in Ghana and was raised in Konongo town.

Days after his birth, his parent gave him the name: Mohammed Ismail Sherif Kweku Frimpong. The Frimpongs are a Muslim household and brought up Sherif in the same faith.

Spending his formative years in the Konongo district, Black Sherif was exposed to the harsh realities of life as the neighbourhood he resided in was a ghetto. And this played a role in the type of music he created later in life.

He grew up listening to Afrobeats sounds by Nigerian and Ghanaian artists via the radio. And this helped foster a love for music. Black Sherif‘s music journey began in his early teenage days when he started to make freestyle rap songs to the admiration of his friends in the neighbourhood and schoolmates.

He often participated in talent contests in Konongo and was a regular face at his high school events, where he would thrill the audience with a musical performance. In no time, he became one of the most popular teenagers in Konongo, and his fame spread to other parts of Kumasi.

Growing up, Black Sherif was a good dancer, and he initially nursed the idea of being a professional dancer. But he gave up the goal to pursue music, his first love.

He studied at Kumasi Academy for his secondary school education and passed out of the school with good grades in his West African Schools Certificate Examination in 2019.

Black Sherif gained admission to study Statistics at the University Of Professional Services. However, he transferred to the University Of Ghana to continue his studies. He is currently in Year One at the institution.

As Black Sherif advanced in age, his passion for music grew, and he aspired to pursue art professionally. Early on, he had decided to make Afrobeats music, but he chose to fuse it with Trap and Grime sounds, which he was good at. This style of music set him apart from other aspiring artists.

In his final days of high school, Sherif began refining his sound. He would spend his free hours composing songs and visiting a nearby studio to record music.

In 2019, after graduating from secondary school, Black Sherif dropped his debut single, Cry For Me. The song did well locally and introduced Sherif’s talent to a wider audience, and people in the Ghanaian music industry began to pay attention to his talent.

However, it was the single, Money that brought him to national prominence. Released in 2020, Money is Sherif’s first hit song bringing him fame in Ghana and other parts of West Africa. Since then, he has been riding the tide of success with hit singles.

Black Sherif took the African music industry by storm in 2021 when he dropped the song, First Sermon. The single thrust the young rapper into the continental limelight. He maintained the success by releasing the follow-up single, Second Sermon.

Second Sermon did greater numbers than First Sermon and paved the way for a collaboration with Grammy Winner, Burna Boy. The Second Sermon remix was released on the 8th Of December 2021. Within days, the single rose to the top of music charts in Nigeria and Ghana. The music video for the song was released in February 2022.

On the 31st Of March 2022, Black Sherif swept the Afrobeat’s music space off its feet by releasing Kwaku The Traveller. The song has been a massive success. It has risen to the number one spot in Nigeria and Ghana Apple Music Charts. Black Sherif set the record of being the first Ghanaian artist to have a solo single on the Nigeria Apple Music Chart.

In March 2022, the rapper performed to an excited audience at the 3Music Awards Ceremony in Ghana. He also performed at the final match of the 2021 MTN FA Cup. The football game was between Accra Hearts Of Oak and Ashanti Gold SC. Sarkodie told his fans to watch out for Black Sherif.

At the 2022 3Music Awards, Black Sherif won three categories, namely: Hip Song Of The Year, Breakthrough Act Of The Year and Hiplife/Hip-hop Artiste Of The Year. 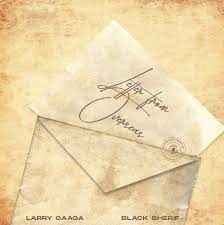 Black Sherif – Oil In My Head