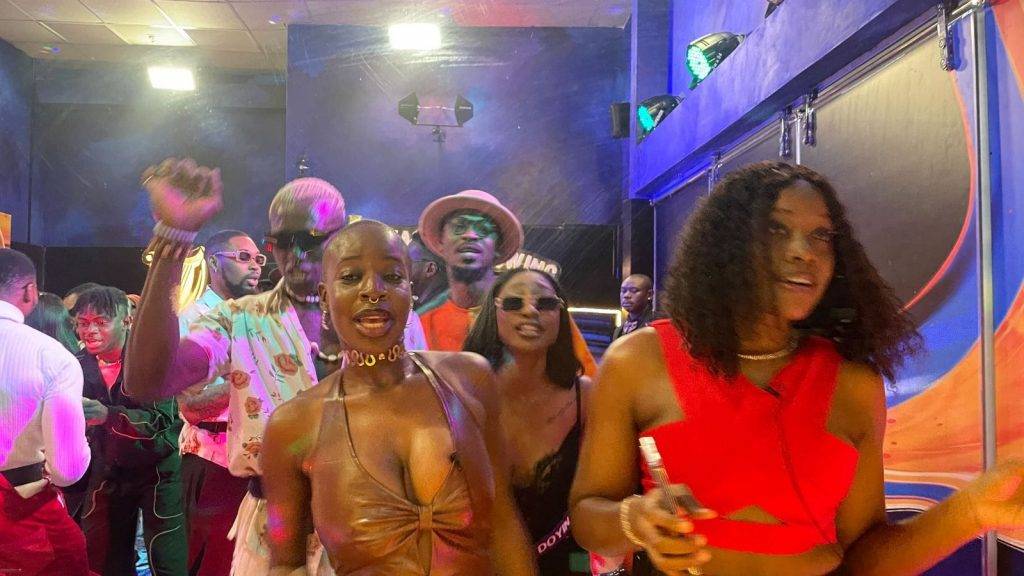 When the clock struck 22:00 WAT time, the Level Up Housemates were ready to dismantle the dance floor with their moves. Biggie did not disappoint as he instructed each Level to make their way into the Party Room to boogie down and boy did they serve some moves. The Housemates from each Level met and quickly mixed amongst cool pleasantries and they danced the night away rocking different partners on the dance floor.

The night wasn’t just all about the dance it was also filled with steamy kisses and flirtation. Eloswag and Phyna were caught flirting heavily as their peers danced the night away. Dotun was also spotted having conversations with Beauty outside the party room. At the end of the night, Doyin and Cyph had a very passionate kiss that stunned viewers and set social media on fire.

Party after the party

The party ended in high spirits and the Level 2 Housemates said their goodbyes to their Level 1 counterparts who were instructed to go into their Level and close the doors behind them. Once the doors were closed it was all screams from the Level 2 ladies who gushed about the guys in Level 1. Phyna spoke about kissing Eloswag while making it clear that she went to him and shot her darts.

Amaka on the other hand gushed over Giddyfia, Dotun and their abs? Amaka while speaking about them to Christy O, explained that she loved Giddyfia’s playfulness but was also drawn to the reserved nature of Dotun. Later on, she jokingly made a bet with Christy O and Phyna that she would kiss Giddyfia the next time she laid eyes on him

Beauty on the other hand was pissed about Groovy’s attitude at the party because she feels he was disrespectful in the way he danced with the ladies from Level 1. While in the bathroom with Ilebaye she threatened she was going to leave Groovy and everyone would be shocked when she did. Later on, she confronted Groovy claiming she was careful with the way she danced with the guys from Level 1 and demanded to know why he wasn’t careful. She called his attitude disrespectful and claimed he was making her confused. Groovy denied all this, letting Beauty know there was no one else on his mind.

The Level 1 Housemates were pretty chilled after the party and they also reminisced on all that went down with their counterparts in Level 2.

Doyin, who had shared a passionate kiss with Cyph, said she had noticed him properly at the Friday Task and was prompted by Beauty to give him a shot. The Level 2 Housemates seem to have also made an impression on Chichi and Chomzy who described them as having a vibe in a good way. Adekunle and Dotun’s response to this made Chichi accuse the Level 1 guys of not acknowledging that the Level 2 guys were good. Her comment, which sounded like the Level 1 guys were insecure, made Dotun respond by saying that the Level 2 guys were actually intimidated by them and he could read such things.

The Saturday Night Party definitely brought a lot of dimensions to light and we can’t wait to see what else happens at future meet-ups of each Level. 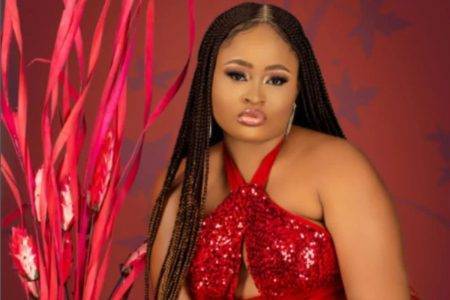